Made a special trip away from the office today, I hoped on an Intercity bus in Rotorua at 8:30am and headed to Auckland. I did this to pick up a Suzuki GSX-R1000 K7 (2007) motorcycle from Haldane’s motorcycles in Penrose, Auckland.

My first impressions were damn!, this thing looks mean as and sounds ever better!

My first ride was 100m down the road to fill up the 17 litre tank for the trip back to Rotorua. The noise this thing makes is incredible, it’s hard to believe this thing is legal.

After a quick top up it was back onto the road making sure to put my earplugs in first so as to reduce the damage to my ear canals!

The ride back to Rotorua was great, the weather was fantastic, the traffic was minimal but there where heaps of police around. Mind you I wasn’t going to be stupid on my brand new bike that has 162bhp at the rear wheel. I’ve been told by the guys at AMPS who dyno’d it last September that it creates 77ft lbs of torque.

I’m glad I had my ear plugs in as this is makes quite a noise. The exhaust is a Taylormade and is obviously very unrestrictive as it doesn’t take any prisoners. 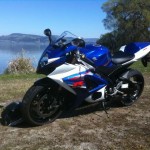 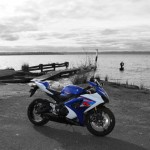 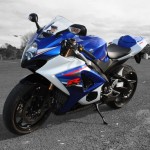 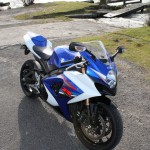 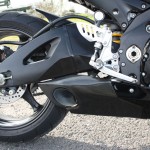 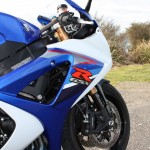 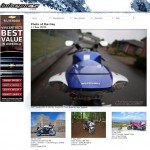 Visit bikepics.com to see all the photos I’ve loaded of all the bikes I’ve owned.